To complement the picture of Jerr Allain giving the finger to the camera, I added some quotes he said on the Mike Ward sous écoute podcast. The result is a t-shirt that's provoking, funny and perfectly representative of the comedian. 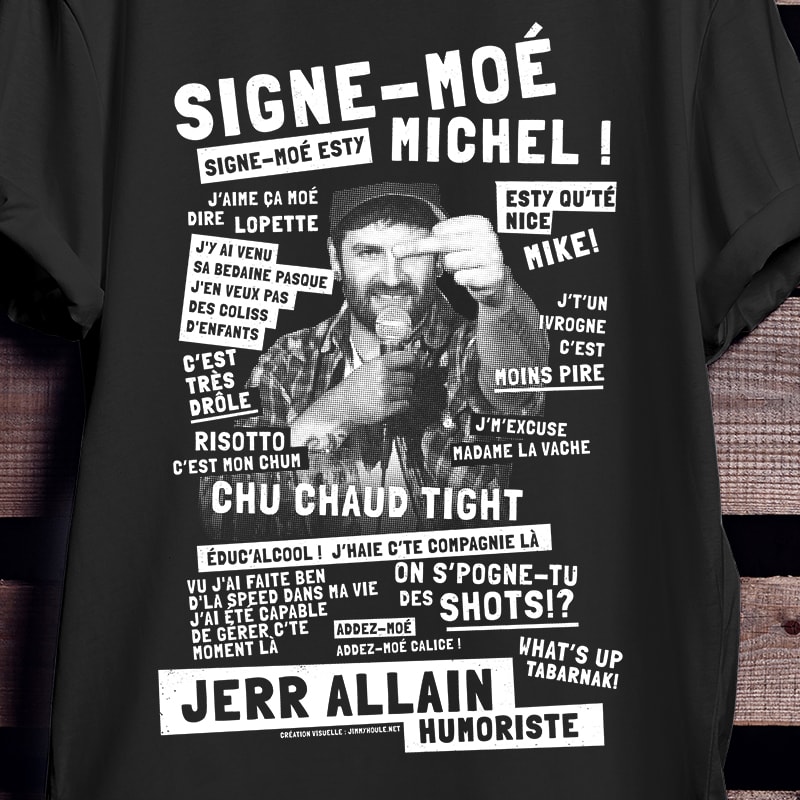 As Seen on Television 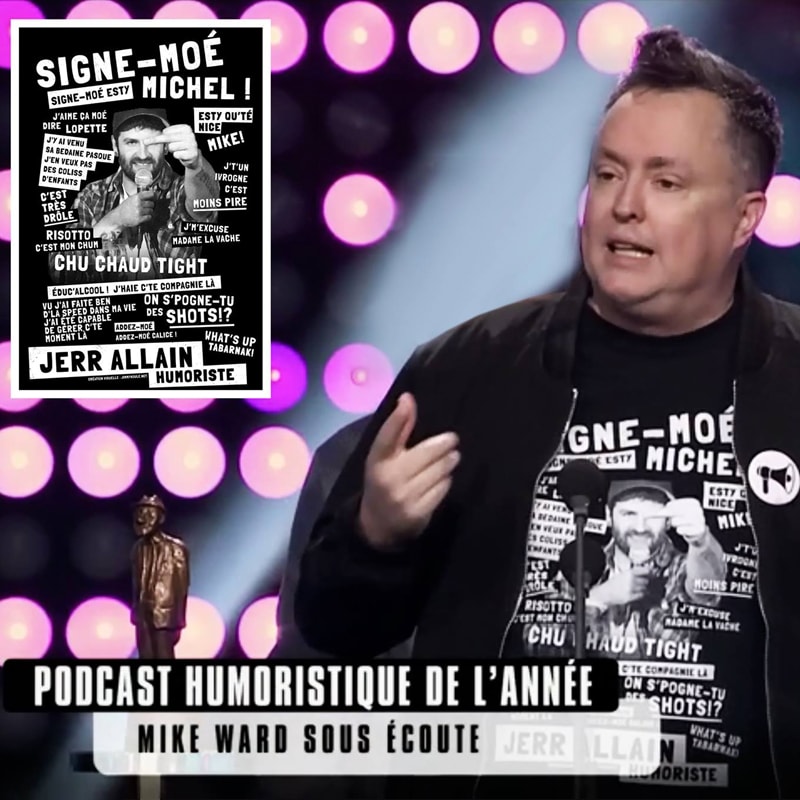